Education is Evergreen and Critical For Ag 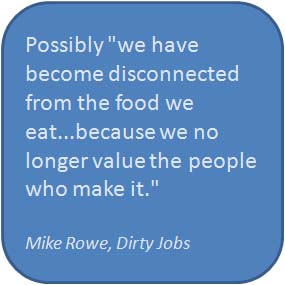 Is it just me or are homosapiens the king of the jungle when it comes to complicating life and twisting simple things? Is there some direct connection between having opposable thumbs and not being able to accept things at face value?

Ok, I am admittedly a huge skeptic about many things but one thing I have firm convictions about is the ongoing effort by farmers and ranchers to share their positive story with the non-farm public. So I take exception to a couple of reactions to last week’s announcement of the formation of a group called the U.S. Farmers & Ranchers Alliance (USFRA).

Put simply, the USFRA is a unified attempt to bring the many types of farmers and ranchers together to work on their most valuable common commodity…their image. Make no mistake, farmers have an incredibly positive image, despite the public’s growing distance from modern agriculture. It is also undoubtedly true that thanks to some fundraising machines like the Humane Society of the United States and food elitists who want to tell us how to grow food that this image is battered.

One media outlet referred to the 20-organization effort as an attempt to “burnish the public image of agri-business.” Well, that’s just plain wrong because the effort is about “farmer image” not agri-business. Farmer’s meaning the guys on the tractor planting the corn, soybeans and wheat, the person in the front ranks breeding and feeding some of the best meat producing animals in the world, the people providing the wool for the sweater you broke out as fall arrived in earnest. And these family farmers still constitute a major contributor to our food, fuel and fiber.

Another critic said the formation of USFRA is really a prepatory salvo to position farmers for the writing of the new farm bill next year in what is arguably the tightest budget environment ever. Wrong once again. As someone who has been involved in telling farmer’s story for more than three decades I can say with conviction that what USFRA is trying to accomplish is not novel, although the scale and support is new and fortuitous.

Some 16 years ago a major agricultural coalition under the moniker of FoodWatch emerged with the goal of reconnecting with consumers and putting them in touch with all of the things that are right with US agriculture. Despite its high quality the campaign failed to get the inertia needed to launch such a major undertaking. However, times seem to have changed given the frequency and intensity of the attacks on farmers.

To see how much times have changed just look scan a few of these web sites. Farmers are increasingly bonding together to tell this message of productivity, technology at its best, increasing environmental stewardship and the massive economic contribution made by farmers. All of these educational efforts are about keeping facts about the industry at the heart of any public dialogue about our food production system. That process has been going on for decades and has will continue long after the latest farm bill is written.

The Hand That Feeds Us

American Farmers for the Advancement and Conservation of Technology

Truth About Trade and Technology