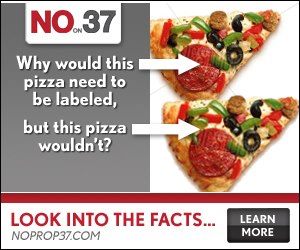 As the election draws closer, more and more California voters oppose Proposition 37, commonly referred to as the GMO-labeling law. A sharp decline in support, 19 percent in two weeks, shows that Californians understand the regulation increases opportunities for frivolous lawsuits and redefines simple terms like “natural” in a confusing way without actually providing useful information that benefits consumers.

In a bi-monthly opinion poll released last week, 48 percent of the likely voters contacted indicated support for California’s Proposition 37, a 19 percent drop from only two weeks prior. Notably, this was the single largest shift in opinion on the 11 ballot initiatives covered in the report, which was released by the Pepperdine University School of Public Policy and the California Business Roundtable.

First, 33 daily newspapers have come out in opposition of the ballot initiative. Due to the nature of print journalism, these news sources have been able to detail the reasons to oppose the measure and dig deeper into the implications of the regulation. Armed with the facts, Californians have gained an appreciation for what the measure would actually do and grasped that the real world effect would not be what proponents promise.

Second, Californians are getting the message straight from the farmer’ mouth. Groups opposing the measure, including the National Corn Growers Association, have taken their message to the airwaves through a series of television commercials. With one spot highlighting what the conversation would be if they “Ask a Farmer,” voters have a chance to hear why this “GMO-labeling law” would increase the cost to farm and would hit consumer pocketbooks at the grocery store checkout.

Consumers and voters should be able to base their decisions on the facts. Increasingly, Californians are looking at Proposition 37 and seeing past the propaganda. In staggering numbers, they are deciding to oppose the costly, confusing measure that would help agenda-driven interest groups and hurt both the people who grow food and those who buy it.