Where Do These Guys Get Their Info?

Without question, most Americans have probably wondered at one point or another where some members of the U.S. House of Representatives get their information. Prone to tossing about wildly inaccurate blanket statements, a segment of politicians aiming to bring down the Renewable Fuel Standard and our nation’s energy security are playing fast and loose with the truth.

Just today, CNN Money released a story about how the price for many consumer goods fell. Based upon information released by the Labor Department on changes during March to the Consumer Price Index, the story explained that one major factor contributing to the decreased CPI was a drop in food prices at the grocery store.

“Prices on whole milk, potatoes, lettuce and pork chops all declined during the month,” the article stated. “But food prices at restaurants and cafeterias rose slightly.”

Yet, only days ago, Rep. Bob Goodlatte (R-Va.) introduced legislation that would remove corn-based ethanol from the federal Renewable Fuels Standard in 2014. Calling the RFS an “unworkable federal policy”, Goodlatte even noted that he plans to introduce legislation which would eliminate the RFS entirely.

How do the bill’s supporters justify this attack?

Fellow sponsor Jim Costa (D-Calif.) explained, “We can’t afford to keep putting food in our fuel tanks. It’s no longer just about agriculture or energy. It’s about putting food on our families’ tables.”

With food prices at the grocery story, presumably the most common place to purchase affordable food for our families’ tables, actually falling and a lower percentage of our income going to food than any other developed nation, how does this justification make sense?

Simply, no one is taking time to connect the dots.

Allegations are thrown out and accepted as fact without any real evaluation. Looking at the news in its totality instead of as a series of unconnected sound bites shows the inherent fallacies in basis upon which these legislators are putting forth a bill that would have a massive impact on our nation’s energy supply.

An attack on the RFS is an attack on legislation that has successfully decreased our dependence on foreign oil while moving our nation toward a renewable, more environmentally friendly fuel. Make no mistake, a step in this direction will have consequences that every American feels in one way or another. Whether it is by paying more at the pump next year or by breathing in more harmful pollutants, handing back the gains made through the RFS will harm American families.

Good policy may be complex. It may not make a snappy sound bite. It is what Americans must protect to ensure a better future for their families. 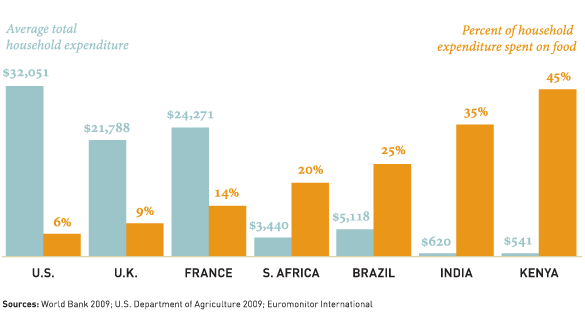