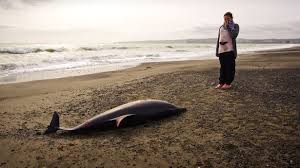 Ok, I admit I love irony. So I had to chuckle a little bit as everyone was getting fired up about the arrival of another Earth Day. The irony lies in the fact that this momentous occasion occurs two days after the anniversary of the Deepwater Horizon oil disaster in the Gulf of Mexico.

To refresh your memory this was the largest accidental marine oil spill in the history of the petroleum industry, estimated to be up to 31% larger in volume than the previously largest, the Ixtoc I oil spill. Following the explosion and sinking of the Deepwater Horizon oil rig, a sea-floor oil gusher flowed for 87 days, until it was capped on 15 July 2010. The US Government estimated the total discharge at 4.9 million barrels.

The irony gets tastier if you are my age because I am old enough, ok more than old enough, to have celebrated the first Earth Day and remember how this whole affirmation of Mother Terra Firma began. It started 44 years ago after a US Senator from Wisconsin, Gaylord Nelson, witnessed the ravages of a massive oil spill in Santa Barbara, California. Inspired by the student anti-war movement, he realized that if he could infuse that energy with an emerging public consciousness about air and water pollution, it would force environmental protection onto the national political agenda.

Well the Earth Day recognition has lasted but the public consciousness and the leadership of our elected officials lacks a little staying power. Today, the oil industry continues to be one of the largest polluters in the world. And because of their deep pockets and political influence they have been allowed to blithely go about their business with little or no consequences.

The BP spill offers a great case in point. Big oil responded initially and spent money for clean-up efforts and they put on a contrite face while the cameras were on. But take a closer look today at their efforts in court to dodge any more clean-up costs and the fines that were imposed. They say their job is done even as the number of dead dolphin washing up on beaches topped 900 last week. Kemp sea turtle have been nearly ravaged into extinction in Gulf waters.

And to add insult to injury petroleum interests are now spending millions to mislead the public. Big oil is poisoning the system as well as the environment. They are doing everything they can to keep a death grip on the liquid transportation fuel market.

That’s why today—Earth Day — you should take few minutes to educate yourself regarding the sheer audacity of oil. It’s as simple as going to OilRigged.com to shine a spotlight on the oil companies’ dirty tricks and dishonest attacks. Americans deserve to know how oil companies have rigged the system to make us pay more at the pump—sending their profits up while our air and water quality goes down.