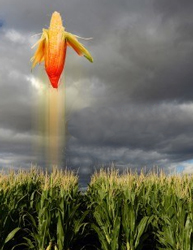 In a FarmDocDaily article, Good and Irwin noted that the U.S. corn industry experienced a significant “growth spurt” beginning in the 2007-08 marketing year that continued through the 2011-12 marketing year.

That 5-year boom period was characterized by larger consumption, larger production, and higher prices; a combination that demonstrates the strong demand for U.S. corn beginning in 2007-08. The issue moving forward is whether or not demand for U.S. corn has peaked. The answer to the question has important implications for corn prices, farm incomes, land prices, and corn processing and handling industries.

The question of future corn demand requires a look at each of the three major consumption sectors - ethanol, feed, and exports - and that is just what the economists did, coming up with this conclusion:

The recent period of growth in the U.S. corn industry appears to have peaked. The domestic ethanol market has hit the E10 blend wall and will be dependent on consumption of higher blends in order to expand total domestic consumption and to increase corn consumption. The domestic livestock industry is also mature and may require larger exports for production growth. Finally, the corn export market has become a lot more competitive in the past several years as high corn prices have stimulated an increase in world production. If the size of the U.S. corn market has peaked, a period of lower prices and reduced acreage may be required.

The key word in that last sentence is “if” and it can certainly be argued that there is still room for growth in the corn market, maybe not booming, but certainly not busting.