California is attacking corn ethanol again. The newest affront is complements of the California Air Resources Board (CARB) who has created a new working group to study soil sustainability provisions of biofuels. The current crops under review include corn ethanol, sugarcane ethanol, wood based fuels, palm oil, and soy biodiesel. The ultimate goal is that biofuels’ greenhouse gas emission (GHG) reductions will be measured by both indirect land use and also soil sustainability to be given a final GHG reduction number. 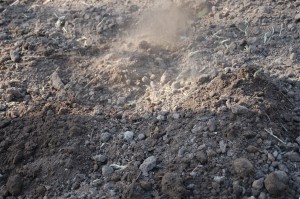 So what factors are considered to impact soil sustainability?

I believe that several recent events have led to these new proposed biofuels provisions, the biggest one being the ongoing attack of environmental organizations, such as Friends of the Earth, who are opposed to all things corn ethanol and commodity farming. What I find interesting is that many environmental groups seem to oppose everything - fossil fuel use, alternative energy and production farming. It’s almost like they oppose all things energy.

Similar to the same path CARB has traveled regarding indirect land use, a theory light on scientific support, this new path is also one with little to no scientific support in terms of how to “categorize” biofuels based on soil sustainability. You simply cannot create effective policy this way.

The other issue I take with these types of provisions within California policy making, is that they don’t include any provisions for gasoline. What are the indirect land use effects of oil production? No one asked until University of Nebraska finally studied them and found that they are even greater than originally estimated.

What are the ‘soil sustainability’ or should we say, ‘environmental impacts’ of oil production? Drilling impacts soil. Spills impact soil.

Until more people become educated about the benefits of corn ethanol, we continue to have a fight on our hands, one that the agricultural industry is taking very seriously. I encourage people to reach out to organizations like CARB and enlighten them regarding the errors of their ways through the sharing of facts.

No matter how hard the anti-ethanol factions continue to fight, we still have one truth on our side: corn ethanol is a more environmentally friendly fuel at its worst, than gasoline is at its best.