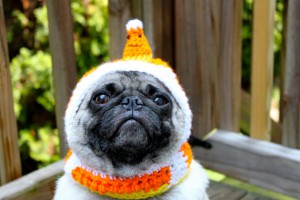 A new study released just yesterday  confirms what many have already known for a while now – There’s no need to look for candy labeled “No HFCS” in your little trick-or-treaters sack of loot this year. It’s fine to let them enjoy their bounty of colorful candies not matter which sugar makes them sweet: corn, cane or beet.

The timely tome, released in Nutritional Journal, found that consumption of fat and glucose increased in the United States between 1970 and 2009, but the consumption of fructose accounted for only 1.3 percent of the rise in calorie intake in that period.  Thus, the study again pulls the mask off of the myth that fructose is in some way uniquely tied to the rising trend toward obesity in this county.

HFCS isn’t the dietary boogeyman. Instead, creepy corn-haters have whipped up an illusion that tricks people into believing that avoiding HFCS would drive a stake through the heart of obesity. Much like vampires though, the entire story is nothing but a whimsical fairytale concocted to keep those who would believe it right in the palm of the storyteller’s hand.

No one demon can be exorcised to cure the problem of obesity because, like most things in real life, it is complex and action requires real work and knowledge. Moderation and exercise may not conjure the same fascination as a titillating tale of dietary demons, but they do get results that last long after the last candy corn finally makes its way out of the dish.

This Halloween, don’t fear your food. Enjoy the fruits of hard-earned trick-or-treating labors as much as the corny jokes with which they were earned. HFCS doesn’t cast some magic spell on your metabolism. That story is as false as the little vampire at your doors fangs.