Does anyone else besides me get the impression that pet food companies are sporting multiple marketing personalities these days? They run about willy-nilly on television and online espousing the benefits of grain free dog food. These commercials and marketing materials are constructed in such a way as to make you believe dog food that contains corn is bad for your pet.

However, leave your set on a little longer and you are likely to see a spot from the same company pushing their traditional pet foods containing the good old golden grain….co 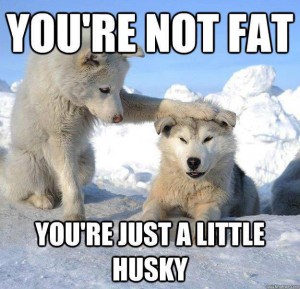 rn. Likewise if you land on one web site you quickly get the impression corn is making spot throw up or Scooby Doo go, well, Scooby doo. Nearby on another piece of digital real estate the same company tells you corn provides protein, energy, and linoleic acid, which is an essential fatty acid for dogs. Ounce for ounce, corn has twice the level of antioxidants as an apple.

Thankfully, one of the oldest and most respected pet food companies, Purina, has publically stated that corn contributes to a balanced canine diet. “You want to give your dog a food that supports health and enrichment. A balanced diet will keep your dog healthy and improve his life. That’s why we include corn in many of our dog foods.”

But Purina doesn’t get a pass on this issue as they exhibit some of the same dissociative disorder seen in many companies marketing human and pet foods today. They are marketing an entire line of dry and wet, grain free dog food products despite the acknowledgement that a miniscule number of dogs have any physical abnormalities that would require such a product.

Which begs the question….Hey, Sybil, why are you spending so much money marketing a product that is more expensive and that Fido doesn’t really need? You don’t need a psychiatrist to figure this one out. In an increasingly competitive market, producers of human and dog food are willing to market to an uninformed minority in the name of market share. At least when their paws are held to the fire, Purina confirms, “Our careful research has indicated to us that corn is not only acceptable in a dog’s diet, but benefits their health. 99-percent of dogs are not allergic to grains and thrive on a diet that includes them.