USDA scientists recently published the most comprehensive analysis to date of the corn genome, which should speed up development of improved varieties, including drought resistance. 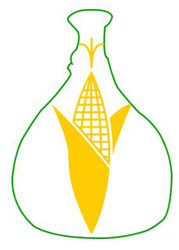 “This kind of research is very important to identify functional characteristics that are of importance to the farmer,” said USDA’s Chief Scientist Dr. Catherine Woteki, who adds that the information will now be used by seed companies. “So they’ll be able to develop the next generation of corn varieties that will have these beneficial traits in them for farmers.”

The researchers published two separate reports in Nature Genetics that shed light on corn’s remarkable genetic diversity, reveal its evolution, and outline how corn, known as maize among scientists, continues to diversify as it adapts to changing climates and habitats.

One report examines the genetic structure and the relationships and sequential ordering of individual genes in more than 100 varieties of wild and domesticated corn. Lead author Jer Ming Chia described how the structures of genomes can vary tremendously from one corn variety to the next, how structural variations within a genome can have major effects on traits, and how the corn genome is essentially still in flux. The researchers also discovered significant variations in the physical size of genomes of different varieties.

A second report provides a glimpse into how corn evolved from a wild, scrubby plant into what is arguably the most important crop in the world. The researchers identified hundreds of genes that played a role in the transformation of corn from its wild roots to today’s cultivated crop and show how that transition was largely achieved by ancient farmers who first domesticated the crop thousands of years ago.