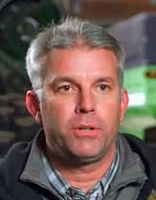 Despite the challenges that come every year with farming, Iowa corn grower Mark Recker sees his future and the future of his children in the industry, in part because of what the Renewable Fuel Standard (RFS) has meant for rural communities like his in Fayette County.

“The RFS is the one shining star that has brought opportunities back to this state,” said Recker during a conference call for America’s Renewable Future (ARF) this week. “It’s not just important that I and my farm do well, but my entire community succeeds and that’s what ethanol and the RFS has done for us.”

The Iowa Corn Growers Association was one of the founders of America’s Renewable Future, a coalition formed earlier this year committed to educating presidential candidates in both parties about the RFS. “We’re involved because over a third of our corn crop goes directly into the ethanol industry,” said ICGA CEO Craig Floss, who has seen the ethanol industry grow from almost nothing in 1997 to what it is today. “It’s been a tremendous success story to say the least.”

Floss says because the new EPA’s proposed volume requirements for biofuels under the RFS are lower than the statute intended, it would mean less consumer choice at the pump and limit innovation for both first and second generation ethanol plants. “Less gallons being blended, less choice,” said Floss.

Listen to comments from Mark and Craig here: What RFS means to corn growers