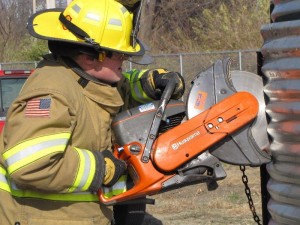 Statistics show grain bin accidents and fatalities continue to rise sharply in the past several years.  With 2010 having the highest percentage yet, we decided it was time to do something about it.  NCGA has recently partnered with the National Grain and Feed Association to start educating farmers about the dangers associated with grain bins and ways to prevent becoming a statistic themselves.

In November, we started filming a video that will encompass aspects of grain bin engulfment and prevention. But  before jumping in (no pun intended), our team sat down and decided what messages we needed to get out in front of our members and farmers across the country.  Our end result; this is going to be no ordinary video.   We realized that many of the informational videos on grain bin safety didn’t bring in the emotional aspect and that is where our video will differ.  You may find yourself reaching for the tissue box in the opening seconds of the video as we are bring to light the emotional struggle families must face after the loss of a loved one in a grain bin accident.

We are also interviewing experts that train firefighters across the country to rescue engulfment victims and hope it shines a light on how difficult their job can really be.  In fact, we were told during an interview that even after all the training; their department lost a firefighter in a grain bin accident on his parent’s farm only a few years ago.  Can you imagine what was going through those firefighters’ heads as they frantically tried, and ultimately failed, to save a colleague’s life?

Our goal is to reach farmers and make sure they understand that those five extra minutes that might be saved by going into the bin alone and without proper precautions could cost them their life.  We want them to realize that while this is a harsh reality of our industry, it can be prevented.   If we have just one farmer stop and think twice before entering a grain bin alone, we have done our job.

As a daughter, sister, granddaughter and niece of farmers and the wife of a firefighter, I am making sure I can do my part to not only protect and educate my family, but farmers all across the country.

The video will debut at farmer meetings and on the NCGA web site in the middle of January, 2011.