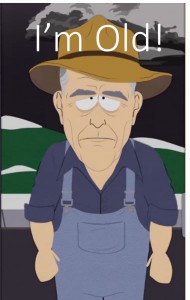 “They keep farming even when their eyesight is failing and their hearts are going bad.” So starts a great story in the Minneapolis Star Tribune today regarding escalating farm accidents among older farmers. “They get back on their tractors after farm accidents have put them in the hospital, sometimes with permanently disabling injuries.”

And it is very true that unlike most of us farmers might slow down but they rarely stop working at 65. As the article points out many die on the job, “because they gamble with their aging bodies once too often.” This is an accurate and tragic story, and likely not one that is going to go away.

Nationally, the typical farmer is past 58 years old and isn’t slowing down, up from 50.5 in 1982. Buried beneath this headline is an even broader social issue of who is on deck as these warriors of the soil drive their tractors into the sunset?

Farmers via their sheer efficiency and productivity have pulled a bushel basket over their incredible job performance. Society often takes them for granted, but this article begs the question who’s next. The recent rural renaissance brought on by large crops, steady exports and growing ethanol production, combined with higher prices had launched a migration of youth coming back to the farm.

However, this process appears to have stalled now, due to a return to break even prices, before the movement has even taken full flight. The vast majority of Americans say they want these family farmers, these storehouses of generations of specialized knowledge, to continue to provide their food, fuel and fiber. I am guessing most people have no clue how tenuous the future of family farmers really is, and unless we get creative it will be too late.