EXTRA, EXTRA, read all about it! Plant scientists identify the gene mutation that turned grass into corn!

Not exactly the headline heard or seen on any news outlet this week. So, what’s the big deal? 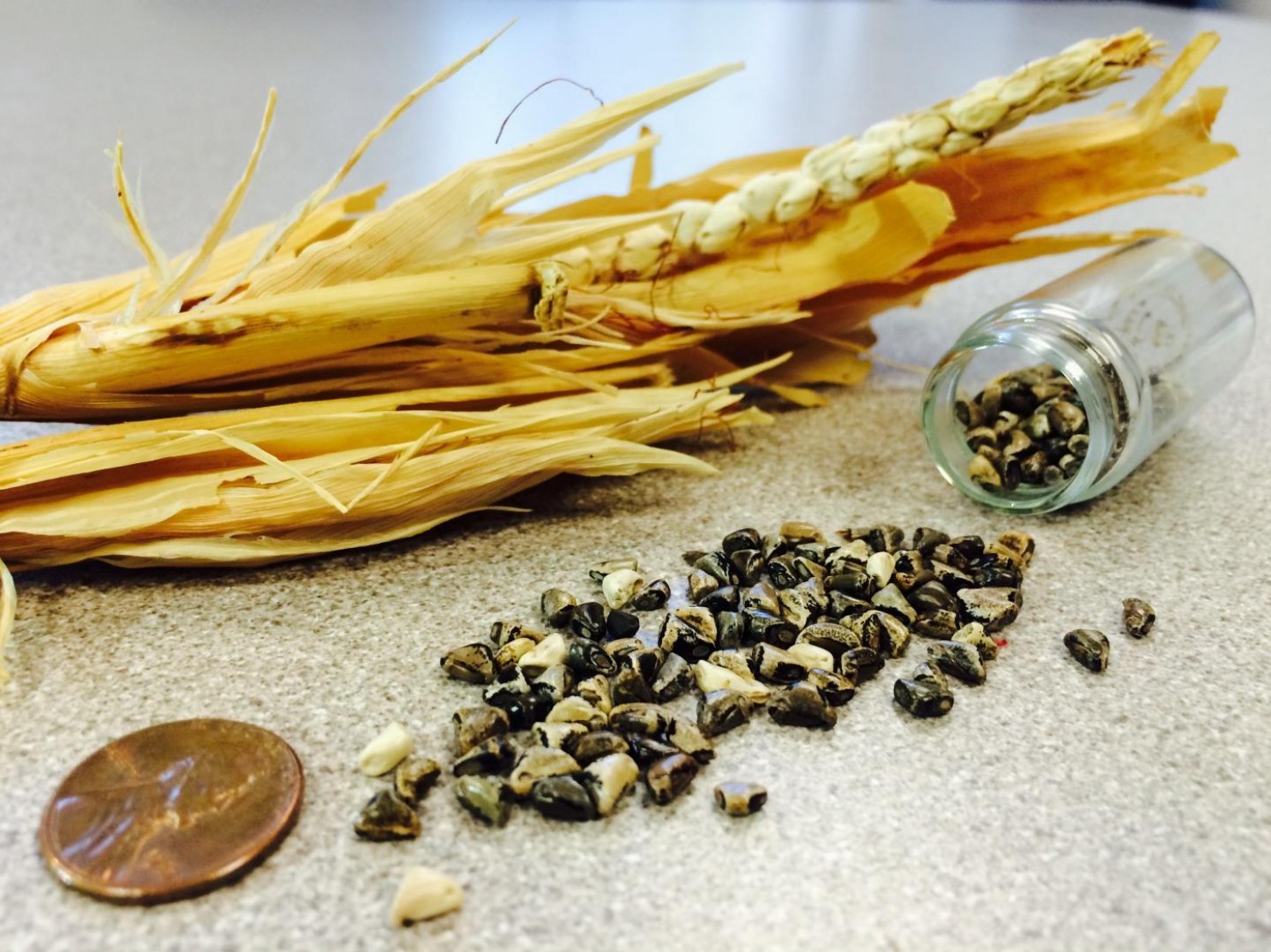 Teosinte. Image via UW-Madison, from cited story in Washington Post.

Washington Post journalist Robert Gebelhoff captured the significance in a recent Speaking of Science column. In the article, University of Wisconsin-Madison researcher and study author John Doebley compared the impact of teosinte’s mutation from grass to corn to that of humans evolving from four-legged creatures to upright bipeds.

This research documented how a simple nucleotide change can alter protein function. Until now, there was disagreement among scientists on whether a single change in the DNA could make such a difference. Armed with DNA diversity data (i.e. a measure of genetic variation), researchers identified the location within the corn genome where the covered kernels of teosinte became the naked kernels of the corn plant. When teosinte’s tough protective kernel husk vanished, the diversity of the plant was unleased and this mother-load of calorie dense food took form.

Genetic mutation is a natural and frequent occurrence. Most mutations are neutral and innocuous. However, when a significant mutation takes place, we experience a game changer.

Corn’s mutative evolution has been big, but just how big was it? In Tamar Haspel’s Washington Post article In defense of corn, one expert noted that corn has adapted to almost every climate that humans have, and that it is three times as productive as 95 percent of the world’s flowing plants. That mutant really packed a punch.

By all accounts, corn has a few more benefits up its genetic sleeve. As it turns out, the gene identified in the University of Wisconsin-Madison study also affects the shape of corn kernels. The size and shape of corn seed does have an impact on emergence and early growth when environmental stresses such as early planting, cool soil temperatures and soil crusting are present.

So, embrace the mutants.