Want Cutting-Edge Technology in Your Workplace? Farmers Do Too 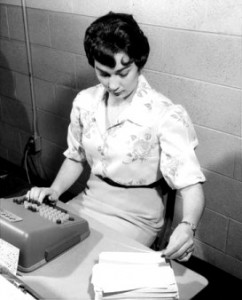 Imagine how differently a day at the office might have been in 1961.  A secretarial pool takes the place of word processing software.  Googling a subject might take hours and physical labor sifting through back editions of the paper or encyclopedias and still yield limited results.  Email communications require a phone call, paper memo or even a written letter sent through courier or mail without the Internet.  Once out of the office, communication ceases unless a coworker dials a landline nearby.

While most people have capriciously wished for an end to modern technology following a particularly annoying late-night text from an employer, only the smallest minority actually advocates a return to the workplace technology of 50 years ago.

So, why do so many people outside of agriculture think that a return to equally antiquated technology would actually improve farming?

Recently, a column in Stock and Land magazine examined the impact of a large-scale return to the farming methods of our forefathers, a romantic notion with dismal consequences. Instead of growing a crop large enough to share with the world, U.S. farmers would produce only enough food to feed half of the country’s current population.  Maintaining levels of dairy, meat and milk production would require two-thirds more land.  Increased environmental degradation and social unrest further complicate this already hungry scenario.

Simply, removing technology and scientific advances from modern life seriously damages productivity and effectiveness whether done in corporate or agrarian America.  Notably, the negative impact on farming creates a food shortage thus depriving an incredible number of those in towns and cities of the sustenance needed to survive.

Instead of buying into the soft-focus vision of farming that replaces knowledge and understanding with a vague sense of nostalgia, get the facts.  Question the farmers and ranchers who produce food about how and why they use the technology and practices that they do.  Look at the bounty of healthy options U.S. agriculture offers.  Become part of national discussion about food that seeks a better tomorrow instead of a rose-tinted version of the past.