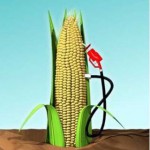 Iowa Governor Terry Branstad publicly made the case for the Renewable Fuel Standard and for introducing higher ethanol blends into the market in an eloquently penned opinion piece that ran in the Washington-centric publication Politico. Citing examples of how biofuels have benefited his state and looking toward the future of the industry, Branstad issued this appeal to logic at a time when important biofuels policies face an increasing number of attacks.

In the piece, Branstad not only points to the successes seen in Iowa economically from ethanol production, but he also directly speaks to often-repeated concerns over the impact that higher ethanol blends have on auto engines.

“Cars run well on higher blends of renewable fuel,” he explained. “Iowa’s state trooper fleet runs on E85. Ethanol is higher octane and thus a more powerful fuel. That extra octane provides an advantage to our law enforcement ranks and the high-performing vehicles they rely on daily.”

Branstad’s appeal for a steady hand in guiding the way into an American future that sees the full benefits of biofuels calls upon readers to think through the issues at hand and realize the importance of both the RFS and higher ethanol blends.

“We must not forget that most successful industries and innovations do not mature overnight. Cellphones were around since the 1970s but not widely adopted until the 2000s. And automobiles did not replace horse-drawn carriages in just a few years,” he concluded. “The RFS has been a key driver in this industry’s progress. We should not, and cannot, turn back that progress now.”

To read the piece in its entirety, click here.