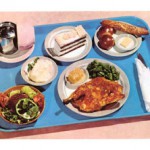 The cafeterias that feed our nation’s federal legislators and their staffs are giving up giving up meat on Mondays.

Surprisingly, this actually causes strife in some circles. As detailed in a recent article in Politico, the Congressional Vegetarian Staff Association (yes, this is a real thing) holds the big beef lobby to blame for this sacrilege at the altar of the PC. Some cry foul, claiming the tradition-come-lately promotes what they deem to be a healthier diet. Seemingly, Congressional staffers share the same intense interest in lunch menus as employees across the country.

Some claim the practice should have been shut down as it is promoted by the Humane Society of the United States and similar radical groups. While this argument certainly holds water with anyone who hopes to have a pet or a burger someday, there is a much simpler reason that Meatless Mondays make no sense. They take away choice.

The country faces an obesity epidemic, and everyone has a solution. But, in the end, the workplace cafeteria should not become an agenda-driven diner that dictates diets. The lunch line may not offer your personal favorite option daily, but it should not force a particular, politically-motivated nutritional regime down your throat either.

Consumers, and even Congressional staffers, deserve options. Our nation’s farmers and ranchers provide a wide variety of nutritious food options. People should be able to dictate what they put into their own bodies.

So kudos to the kitchens of Congress for recognizing that lunches should be chosen, not dictated, every day of the week.