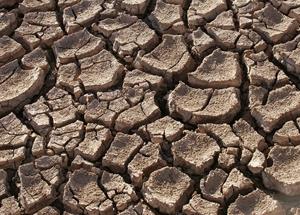 Food prices are on the rise again and you probably already noticed. Thankfully, the mainstream media thus far is covering it in a balanced way and pointing out the primary drivers behind the increase. Those include things like drought in key growing regions, and an anticipated cut in planted acres in the Ukraine due to political unrest.

But as surely as the birds outside your window are a precursor to Spring, before this is over someone will find a way to blame high corn prices and ethanol fuel by default. Prodded on by Big Oil, who is losing market share to ethanol, and abetted by folks who prosper when corn is cheap, they will once again try to make 2 + 2 = 9.

According to today’s Wall Street Journal federal forecasters estimate retail food prices will rise as much as 3.5% this year, the biggest annual increase in three years. This should provide a real kick in the pants for American consumers who are still dealing with the lingering effects of sluggish economy.

But rest assured the corn industry is doing its part to provide the corn the nation needs. In fact we grew so much corn in 2013 that corn prices have been hovering at levels that barely cover the cost of production for many farmers. Some analysts in the Wall Street Journal article hint that the lingering effects of a drought that hit major corn growing regions in 2012 might be another factor in inflated food prices.

Don’t buy into this for a second. Despite the 2012 drought farmers grew the eight largest corn crop in history, providing a testament to modern farming technology in use on family farms.  And as we all know there is nothing tentative about food manufacturers when it comes to raising food prices. Even a hint of any issues in the supply chain and they react by jacking prices like Usain Bolt leaving the starting block. I wish they were as efficient at lowering prices when normalcy returns to the market place.

Scratch the surface a little harder and you will find the real reason many products we often take for granted are seeing major price bumps.  Beef prices are up and it is directly linked to years of drought in the Texas and the south western US. Cattle need lots of water and when it’s not available ranchers reduce heard size. Initially this results in a big supply of beef hitting the market at great prices. However, that window has closed and now the public will pay more until kinder weather and a rebuilding of the nation’s beef herd which takes time.

Ditto on dairy prices where growing demand from Asia is putting upward pressure on prices. Add a brutal drought in California which supplies much of the dairy products we love and you get the picture. Cows eat lots of grass and hay, both of which are in short supply on the west coast. And I don’t even want to mention how much of the fresh produce you consumer comes from the big CA. There are similar tales behind other rising food items but I think you get the idea.

And remember being skeptical of what you hear is a virtue.