Seriously, who says that? Nobody, that’s who. Still, it’s one of those two sure things in life - but the other one only happens to us once while taxes happen every year! 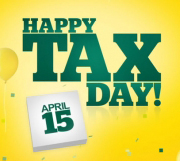 Taxes were appropriately part of the agenda last week during hearings and press conferences on Capitol Hill.

During a House Ways and Means Committee hearing on tax issues, American Farm Bureau President Bob Stallman testified that long-standing tax provisions should be made permanent, including Section 179 small business expensing which allows farmers and ranchers to expense certain purchases of assets. “Farm Bureau supports maintaining that with a cap of $500,000 per year. In other words, you could buy up to $500,000 worth of assets and be able to expense that amount in the first year, which would certainly help you bear the brunt of getting those assets to use in your business,” said Stallman.

That 500-thousand dollar break expired at the end of last year, along with many other provisions, but House Ways and Means Chairman Dave Camp of Michigan has said he is open to making some of them permanent. “We’re the only country in the world that has big pieces of its tax policy that expires, we now call those extenders,” said Camp. “We literally let them expire for a year, then we retroactively put them in place and then they go forward a year.”

During an Americans for Tax Reform press conference after that hearing, Camp indicated he thought the expensing provision should be among those to be made permanent. “Some items are very good, whether it’s the expensing issue or research and development tax credit,” he said. “I look forward to continuing to work on those and have markups in committee to see which of these policies we can make permanent.”

More “extenders” include tax credits for biodiesel, advanced biofuels and wind energy, which are now part of Senate legislation recently passed out of the finance committee.