Dr. Oz, Again? Can Someone Hand Me the Remote 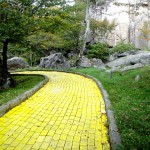 Let’s get one thing straight from the get go. Dr. Oz is a professional celebrity who hawks his opinions for money. Whether fear-mongering or shilling for “magic pills,” he makes exaggerated, even unsubstantiated claims to get attention. Attention turns into ratings. Ratings turn into money.

There is one reliable way to stop his bogus claims. Turn off your television. Tell your friends how bogus he is. Explain that he is not watching out for their best interests. Repeat the above paragraph.

If everyone ignores him, he will go away.

With that said, Dr. Oz still basks in the glow of the Oprah-effect. Her blessing radiates like a golden halo around his head. She has sprinkled fairy dust on his tongue and now his words come out as if proclaimed by an angel sitting on its tip, chiming like golden bells in the ears of many.

What makes his brand of show business particularly heinous is that he capitalizes upon this image and on the M.D. behind his name.

Today, he will air a show bashing what he calls “GMO pesticides.” From the information already online, it appears to focus on Dow’s Enlist product which is still in the regulatory process. The episode’s preview shows children eating fruits and vegetables, flashes words like “president” in red type and contains the great Oz’s melodramatic warnings of an oncoming Armageddon.

The fact Enlist is meant for use on row crops and not fruits and veggies aside, the heavy-handed tactics employed conjuring the imagery used in dramatic interpretations of conspiracy theories.

The blatant fear mongering relates back to a letter sent to the EPA by a group of scientists. The “evidence” to which they point has been discredited time and time again. Yet, they trot it out another time as if facts do not matter; baseless fear trumps fact in their logic.

Some might be blinded by the signatories’ titles. Reading to the very end of the document, find the very last line.

“The signers of this letter have done so in their personal capacities. Institutional affiliations are provided only for identification purposes and do not imply any institutional position.”

The signatories have not been given the backing of their respective institutions in this matter. They are acting on their own behalf on this one.

Dr. Oz flashes the names of terrifying illnesses on the screen. He magnifies their claims and ignores the incredibly stringent standards any pesticide must meet to gain EPA approval.

Why would he do this? If you do not wish to simply refer to the first paragraph, consider what Dr. Oz said himself when testifying before Congress on some of the claims made on his show earlier this year.

“I actually do personally believe in the items which I talk about on the show. I passionately study them. I recognize that often times they don’t have the scientific muster to present as fact.”

Passionate or not, he clearly understands that what he says does not always pass for fact. He willingly creates panic and stress amongst those who place their trust in him. His credentials may have meant something once. Now, they seem sullied as he breaks his oath to “first do no harm” every time he misrepresents his program as factual advice provided by a caring doctor.

Together, let’s turn him off. Then, tell those we care about to do the same. Dr. Oz relies upon our complicity to promulgate his propaganda. Shutting him off will shut him down.