Entertainers Should Entertain, Not Preach 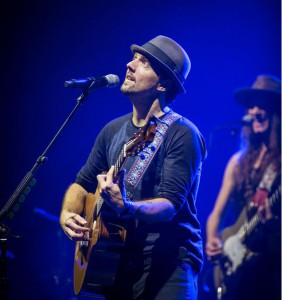 As a former journalist I have a deeply ingrained sense of outrage when the public is being misled, bilked or fooled. This is especially true when misinformation is used to strip away their hard earned cash.
So I thought I would send an open letter to Jason Mraz, a singer/songwriter and niche celebrity, who also spends a lot of time and money working on causes he finds important including the environment.

If you don’t have time to read any further I have two messages for the obviously talented Mraz, who played to an appreciative crowd at the Peabody Opera House in St. Louis last night:

Scientific experts say organic foods are not healthier that food grown using conventional methods contrary to what Mraz told the audience last night.
2 – Good for you for having the conviction of your beliefs. I appreciate your willing to use your celebrity to help a cause. But please keep your personal politics off the stage unless you do it through your songs themselves, that way fans know what they signed up for going in.

Using the interlude between music to espouse lifestyle choices, support political candidates, or give advice on something as personal as food is just bad form. Most people go to concerts, movies, sporting events, etc… to get a mental break from the headlines of the day or meditating on philosophical issues. I have never been a Jason Mraz fan, in part due to lack of exposure, so didn’t know too much about him. Still, I admit to being very surprised when a photo of his personal garden popped up on the stage and he proceeded to espouse the benefits of organic food production.

My hat is off to Mraz for trying to live a health-conscious lifestyle, but I went to hear music not visit a lifestyle coach, let alone one without real credentials. You have every right to your opinion but please try being more selective in how you use your notoriety and bully pulpit.

An article in “Real Clear Science” earlier this summer points out the majority of Americans believe that organic foods are healthier than food grown through conventional methods. The majority of Americans are wrong. Science has shown that organic is neither healthier for you nor better for the environment. In fact, it’s not safer, more nutritious, not does it taste better. These are all notions promoted by organic food proponents who have a lot to gain or were just misled. Given the markedly higher prices for nearly all of these products, the public has a right to know they are being hoodwinked.