To Bee or Not to Beepocalypse

A research paper released last week beats back the buzz over honeybee health and says bans and restrictions on neonicotinoid pesticides “will do more harm than good for honeybees as more toxic chemicals” will likely replace them. 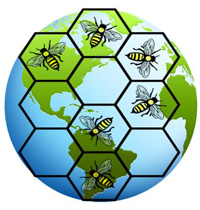 Angela Logomasini, who specializes in environmental risk issues, offers some interesting facts about honeybees that are being overlooked in the frenzy over pollinator health in her paper cleverly titled “Beepocalypse” Not.

For example, Logomasini notes that Colony Collapse Disorder (CCD), which is being attributed by some to use of neonics, is only responsible for about seven percent of hive losses, according to the United Nations. “In fact, the more significant problem is not really CCD, but instead compromised hive health, which is affected by a combination of factors, including: diseases and parasites, poor queen bee health, hive transport for pollination services, and nutritional issues,” she says. Further, she says similar types of honeybee disappearances were recorded in the 1880s, 1920s, and 1960s - long before the use of modern pesticides.

Logomasini also disputes the “Beepocalypse” alarmist claims that honeybees are on the verge of extinction. “Honeybees are nowhere near going extinct. In fact, the number of hives has increased globally,” she said. “According to the United Nations Food Agricultural Organization (FAO) statistics the number of beehives kept globally has grown from nearly 50 million in 1961 to more than 80 million in 2013.”

While commercial hives in Europe and the United States have declined, Logomasini notes that hives kept for pollination services in these countries have shown better survival rates in recent years, despite continued use of neonicotinoids.

Logomasini is concerned about the potential for bans and restrictions on an entire class of safe and effective pesticides and urges the federal government to carefully study the issue. “Regulations are slow to develop, governed by political rather than practical and scientific goals, and hard to modify, even when they become counterproductive. In the case of honeybees, the best solutions will emerge with collaboration among the parties with an interest in protecting bees, including beekeepers, farmers and home gardeners.”

Both pollinators and effective crop protection are important to agriculture and the industry is taking steps to achieve that balance so both can survive and continue to help us produce an increasing supply of food for a growing population without getting stung.