Sorry Grandma But We Have A Better Way 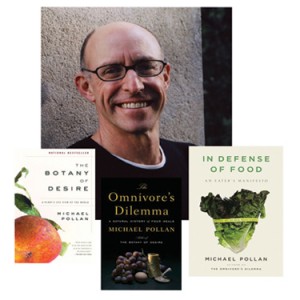 Call me radical but I don’t want to eat like my grandmother, even though journalist/food activist Michael Pollan says I should.  Nor do I want to “Know Your Farmer” as USDA says I should.  I love farmers and have worked with them my entire life. They are some of the coolest people I know.

But I really don’t need to have a personal friendship with the specific farmer that grew the radish on my salad or the steak on my grill.  I sleep well at night knowing there are thousands of family farmers and ranchers across the nation toiling to feed the masses and committed to providing abundant and safe food. And we have federal agencies as an insurance policy to make sure the system works.

I like access to all kinds of food offerings – healthy and otherwise – even when things are out of season in my part of the world. And I don’t know what Mr. Pollan’s grandma was like but mine did indeed eat lots of vegetables from the garden in season and those she canned during the long winter months. But that old sweetheart also thought starch and lard were food groups.

She also built every meal around a large slab of meat because people labored hard then and the protein was crucial to getting through the day. Society spent more time lifting, bending and swinging heavy objects than we do in today’s computer-dominated society.

So I have spent a lot of time in recent months contemplating what is driving the small but growing niche markets in our food system operating under various names like organic, local, and even slow food movements. I have finally figured out that just assuming “slow food” is for bad hunters may not be a good strategy.

Almost astonishingly, the San Francisco Chronicle offered up a really nice article discussing the trend and how it is moving across the nation. It has a number of great quotes in it that I won’t spoil here.

Although I have a personal preference for Kansas rancher Chris Wilson, president of American Agri-Women, condemning documentaries like “Food, Inc.” and “King Corn,” as “pastoral fantasies.” My guess is Chris could take Michael two out of three falls because she really works for a living.

Seriously though, it is concerning when an anti-biotech advocate, like Michael Pollan is listed as one of the top “Thinkers” of 2010 on Time Magazine’s top 100 list.  In the Oscar-nominated documentary Food, Inc. and in his books Food Rules and The Omnivore’s Dilemma, Pollan, 55, does indeed tell complex stories in an engaging voice.

He has “pollanized” thousands into believing that local and organic is better, as Time states, without noting the potential pitfalls in execution, seasonality, and little things like plummeting yields.

At the end of the day this cultural evolution of food should be about consumer choice, consistency of supply and safety, and maybe even a little deference to Grandma.

An old farmer once told me “passion is good. It gets your blood moving, generates discussion, and gets you up in the morning. It also gives you a yardstick for finding a functional truth.” I guess what he meant is that if you investigate the extremes you will likely find the truth somewhere in the middle.