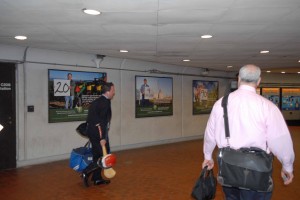 If you haven’t already tuned into the new level of activism in agriculture, especially regarding misinformation on our largest industry, then you won’t find better evidence of this evolving cultural phenomenon than the Corn Farmers Coalition.

Speaking to a couple of family farmers recently they expressed their frustration at the misinformation, innuendo and outright fabrications that are being used to frame their chosen profession. As upset as they were, there was also a prevalent sense that there was nothing they could do to change things.

If you are frustrated and tired of all the attacks and negative news swirling around agriculture you have come to the right place. Read slowly, soak this up, and then if you are a corn farmer give yourself a big pat on the back.

Imagine 60,000 city people getting a positive message about farmers every day. As they go to and from work, go out for dinner, go to a movie, or just go about their life in general. Next imagine that most of these people are employed in jobs on or near Capitol Hill in Washington, DC…Congressmen, staffers, agency employees, lobbyists, environmental groups, and even media. That’s what is happening right now as you read this thanks to the efforts of farmers themselves.

In the attached photo of the Union Station Metro stop in Washington, DC you can see several of the ads that will be prevalent throughout June and July as part of CFC’s efforts.  From the highly trafficked Metro system, to Reagan National Airport, to the most widely read political publications like Politico and Congressional Quarterly. Throw in on-line advertising at the aforementioned publications, WashingtonPost.com, National Public Radio, ads in the Washington Nationals baseball team programs, and a smattering of talk, sports, and contemporary radio and you begin to get a feel for the breadth and scope of this campaign. It is conservatively estimated the educational campaign will create more than 10 million positive impressions in the land of policy and regulation.

Equally as impressive is that CFC, and the $1 million in corn checkoff funds backing the campaign, comes straight from family farmers in Maryland, Virginia, Ohio, Kentucky, Indiana, Illinois, Missouri, Iowa, Wisconsin, South Dakota, Nebraska, Colorado, Kansas and Michigan who believe we need to introduce a foundation of facts to the dialogue in Washington.

Ten messages based on USDA and EPA facts will be used in the campaign to show tech-savvy, innovative farmers are growing more corn every year - for food, animal feed, ethanol and exports - while using fewer resources and protecting the environment.

The coalition will meet with media, members of Congress, environmental groups and others to talk about what’s ahead: how U.S. farmers, using the latest technologies, will continue to expand yields and how this productivity can be a bright spot in an otherwise struggling economy.

We have a great story to tell so take heart.  You can make a difference and CFC offers clear evidence.