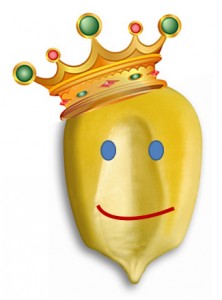 One good barometer of the success of an advertising campaign is to generate buzz, cultivate conversation and even attract the attention of the occasional rock thrower. Based on this yardstick the new Corn Farmers Coalition campaign in Washington, DC is a raging success.

It has attracted positive attention from the media, the U.S. Secretary of Agriculture, and several key societal thought leaders. On the negative side several environmental bloggers have taken exception to the campaign labeling it “hilarious, calling it “greenwashing” and “pro-corn propaganda. Since when did publicly displaying USDA and EPA facts become a subversive pursuit? Feel free to go to these sites and comment.

CFC  efforts have also surfaced the old traditional tactic used by these detractors to label family corn farmers as “industrial corn” (whatever the heck that is)  or one of my personal favorites….”King Corn.”  Anyone who actually knows one of the 300,000 family farmers in the U.S. already knows the proper term is “industrious” as this is a prerequisite to surviving in the low profit margin world that is modern agriculture. If you want to see what these fourth and fifth generation farmers look like click here.

The basic idea of using terms like industrial and factory farms is to play upon the public misconception that agriculture is some mega-corporation built on the same model as say global petroleum. Hinting that a handful of major agribusinesses are controlling agriculture and today’s corn farms are massive plantation-like operations. Would somebody please take these people for a fieldtrip outside the concrete jungle?

(And for the record CFC is completely funded by dollars directly from the aforementioned family farmers. There is no funding from Agribusiness).

It is exactly these kinds of tactics that have made it necessary for the hundreds of thousands of family farmers who produce most of this nation’s food, fiber and even a growing amount of fuel to invest in this campaign. The goal is simply to reflect a true picture of who is farming, how they farm, and how technology and innovation are making farmers environmental leaders.

Focus group research clearly shows that much of the Washington community from lobbyists to agency employees to Congressional staffers to environmental groups clearly don’t understand the wonderful mixture of family business and technological marvel that is modern farming.

This is not about any specific issue as some would have you think. The goals of the CFC campaign started in 2008 long before the current issues were before Congress and will likely still be relevant years from now when we move on to other policy debates. Keeping the campaign purely educational and keeping a degree of separation is part of the reason the Coalition was formed initially.

For farmers and other supporters of this campaign, please take the critics comments for what they are worth….feedback that shows the campaign is getting traction and for every negative comments there are hundreds, maybe even thousands of people in the nation’s capitol who are learning and beginning to understand this critical business of farming.