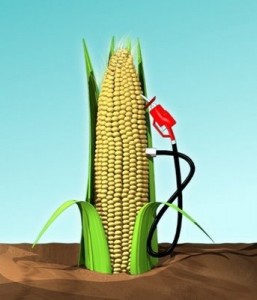 Ethanol critics often cite “subsidies” that support ethanol sales and distribution as a reason people should oppose the home-grown biofuel. However, what they often neglect to tell you is the dollars – which are actually a tax break and not some kind of direct payment – go to the gas blenders or other oil interests.

Ethanol companies and farmers have supported these tax incentives that go to whoever blends the ethanol in with gasoline be it local or regional business or larger big oil wholesalers. The truth is, for an industry that has had your fuel dollars in a choke hold for decades, oil interests have had little reason in the early years for them to blend.

Better for the environment, domestic jobs, energy security are noble reasons to support biofuels but ultimately, profit is the central focal point for big oil.  Profitability is likely a key directive for any business that wants to survive.

However, with increasingly competitive ethanol prices, the oil and gas guys often pad their profits nicely over and above the blender tax credit. Why not eliminate it? Most rational people in the industry think is should be phased out and the amount has been reduced already. The trick will be reducing it again and eventually eliminating subsidies it in a way that makes sense for consumers and will assure we sustain this critical domestic fuel source long term.

And any cuts to tax incentives for renewable should be directed at big oil too, especially considering the years they have been at the public tax trough. The largest U.S subsidies to fossil fuels are attributed to tax breaks that aid foreign oil production, according to research released by Environmental Law Institute.

The study, which reviewed fossil fuel and energy subsidies for Fiscal Years 2002-2008, reveals that the lion’s share of energy subsidies supported energy sources that emit high levels of greenhouse gases. Fossil fuels benefited from approximately $72 billion over the seven-year period, while subsidies for renewable fuels totaled only $29 billion.

In the interim, one interesting side effect from the BP oil disaster is the growing public awareness of how profitable Fortune 100 companies like BP are and have been for decades. For BP, a $20 billion outlay for oil spill damages is a drop in a very large bucket.

BP holds enough oil in its reserves to single-handedly supply the United States for two years. It has little debt for a company of its size and makes more money than Apple and Google combined, according to a recent Associated Press story.

So when the White House arm-twisted BP executives into setting aside $20 billion for the Gulf oil spill, investors weren’t worried it would bankrupt BP. They barely batted an eye. “The U.S. government will become insolvent before BP does,” said Bruce Lanni, a stock analyst with Nollenberg Capital Partners.