The U.S. Farmers and Ranchers Alliance (USFRA) has found four fresh Faces of Farming & Ranching to represent American agriculture to the general public.

The four represent a range of agricultural commodities including corn and soybeans, hogs, cattle, and dairy and they were chosen through on-line voting and a panel of judges from nine finalists announced last month at the New York Food Dialogues. The winners will act as national spokespeople, and will share stories and experiences on a national stage to help answer consumers’ questions about how food is grown and raised to feed our nation.

When the four were introduced by USFRA this week, they were asked what they believe is the most important story for agriculture to share.

Chris Chinn of Clarence, Missouri is a 5th generation farmer with her husband Kevin, his parents and brother raising hogs, cattle, hay and row crops. “I think it’s more important for us to listen to the concerns that people have about how food is produced so we can have a more open dialogue,” Chris said. 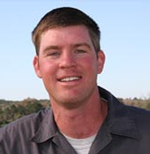 Will Gilmer and his father own/operate a dairy farm in Lamar County, Alabama that has been in continuous operation since the early 1950s. “It’s important that we help people understand what the new things we’re doing are, why we’re doing them and how it’s beneficial to them in giving them great choices at the grocery store,” said Will. 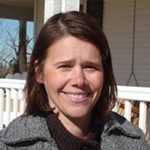 Katie Pratt and her husband Andy (7th generation farmer) and their two children raise corn, soybeans and seed corn in Dixon, Illinois in partnership with Andy’s family. “One of the stories that needs to be told is that we are families operating businesses,” said Katie. 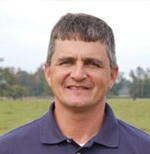 Bo Stone jointly owns P & S Farms in Rowland, NC with his wife Missy and his parents where they grow corn, wheat and soybeans, hogs and cattle, as well as strawberries and sweet corn that are sold at their own roadside market. “We are all consumers of our products and I’d like for everyone to know that we’re in this together,” he said.

Listen to those comments in response to a question by farm broadcaster Jeff Nalley: USFRA Faces of Farming