Biotech Could Help Feed the World

The list continues to grow of newspapers, organizations and companies opposed to California’s Proposition 37, that would require the labeling of any foods containing genetically modified crops. 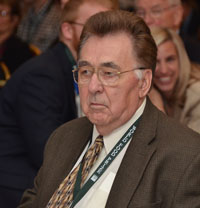 “It’s just awful in my opinion,” said Truth About Trade & Technology (TATT) Chairman Emeritus and former American Farm Bureau president Dean Kleckner. “It’s as though there’s something wrong with biotech. Seventy percent of the food that we buy in the supermarket in this country has some element of biotechnology in it - could be corn oil, could be soybean oil.” 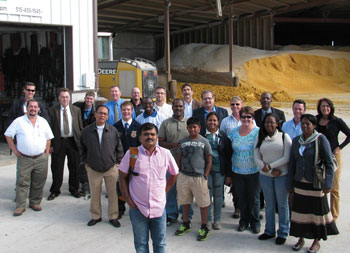 Exposing producers in other countries to the advantages of using distillers grains as livestock feed is also important, which is why the visit to the Couser operation is a regular feature for roundtable participants.

“I’m a believer in ethanol from corn,” said Kleckner. “The corn that is used for ethanol, a lot of that comes back to farmers in the form of distillers grains.”

Couser Cattle Company owner Bill Couser was instrumental in starting the farmer-owned Lincolnway Energy ethanol plant, which is located next to his operation so he can take full advantage of using distillers grains as feed for his livestock.

You can see more photos from the TATT Global Farmer Roundtable on their Facebook page.