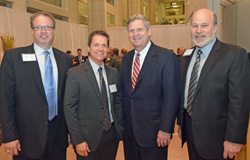 The latest screening of the feature length film documentary Farmland was a star-studded event this week in Washington D.C. While the movie has been previewed at several events this year, including the Commodity Classic, this one not only helped celebrate National Agriculture Day, it also marked the official announcement of its upcoming theatrical release.

On the red carpet here at the Ronald Reagan Amphitheater are Randy Krotz, CEO of the US Farmers and Ranchers Alliance (USFRA), one of the film’s major supporters; director James Moll, Secretary of Agriculture Tom Vilsack and American Farm Bureau Federation president Bob Stallman, chairman of the USFRA. 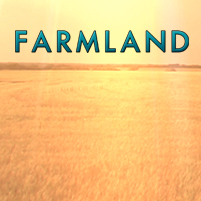 The movie provides an up close and personal look into the lives of six very different types of young farmers who talk about the challenges of becoming farm owners/managers. The story is told completely by the farmers and the imagery of them at work with no narration. “I don’t use a narrator,” said director Moll. “I’m delving into a world that I know nothing about … they can tell the story better than I can.”

Farmland has a deal with D&E Entertainment for the film to first be distributed to 60 major market theaters beginning May 1. “I hope that people watch it, relate to it, come away from it wanting to learn more about farming and ranching, and feeling like they actually had an opportunity to meet and get to know some of them,” said Moll.

Between now and May 1, Farmland will be competing in several film festivals during the month of April. After the theatrical release, Moll says they plan on the film being released on DVD and through the usual channels for home viewing. Interview with James Moll 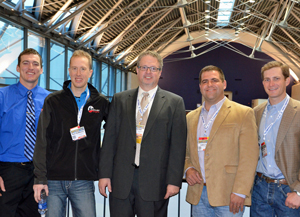 The farmer stars of the film are Leighton Cooley of Georgia, Brad Bellah from Texas, David Loberg of Nebraska, Sutton Morgan of California, Margaret Schlass from Pennsylvania, and Ryan Veldhuizen of Minnesota. A couple were at the premier last night and four of the six were at Commodity Classic where they participated in a press conference with USFRA.

The four pictured here, from left to right (around Randy from USFRA again in the middle) are Loberg, Veldhuizen, Cooley and Bellah. Listen to them talk about themselves and their experiences in making the movie here: Farmland Movie Press Conference