The first year of the Soil Health Partnership (SHP), introduced at the 2014 Commodity Classic, enrolled 20 farmers in six states to be demonstration sites for the effort and by the end of five years they expect to have 100. These farmers have agreed to basically be the “guinea pigs” to help other farmers learn from their experiments and innovations. 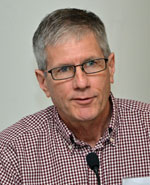 One of those farmers is Tim Smith of Iowa who was one of the demonstration farmers on a panel at the Soil Health Summit in St. Louis last week. “I can see the soil conservation benefits and I can see the nutrient reduction benefits, but I think the soil health benefits are what’s going to help sell it to other farmers,” said Smith. His conservation efforts earned him the first National Corn Growers Association Good Steward award presented at last year’s Commodity Classic.

Smith believes that improving soil health is critical and just the right thing to do. “In the last 150 our average top soil (in Iowa) has gone from 14 inches down to eight inches,” he said. “We can’t continue that because it will run out if we don’t start taking care of it … any soil loss is not tolerable.” Listen to my interview with Tim here: Interview with Tim Smith, SHP farmer from Iowa 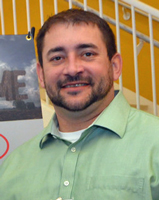 The National Corn Growers Association is the administrator for the Soil Health Partnership and Corn Board member Kevin Ross believes it’s a very worthwhile initiative for farmers and all involved.

“I’m really pleased with the direction it’s heading,” said Ross during the summit last week. “It’s really good to see these groups on the same page with a common goal and that’s soil health.”

Ross, who is a farmer from Minden, Iowa, says he thinks of soil as a living, breathing thing that needs care to maintain and improve its health. “It’s just like your personal health, you have to manage it and correct things if there’s an issue,” he said. Interview with Iowa corn grower Kevin Ross, NCGA Corn Board